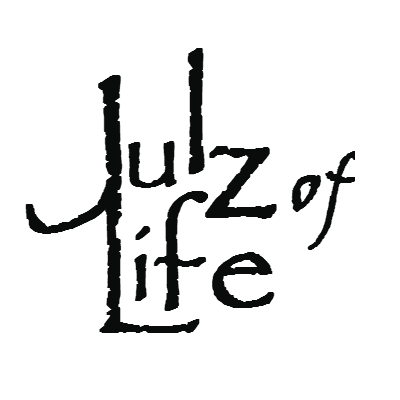 Before becoming a coach, Julie graduated from the University of Illinois in Rhetoric. After working in various jobs, she returned to school to pursue a teaching degree in English. To pay for night school, she substitute taught grades K-12 in nine districts, all levels including special education and behavior disorder. Shortly before completing her masters and certification, Julie realized that while she was passionate learning processes, public education wasn’t where she belonged. While searching for what “it” was, she worked in retail wireless sales. She was promoted to sales supervisor and oversaw the addition of two stores. She hired and trained a sales team of seven, improving the training program and  materials in the process.

After two and a half years in sales, Julie went to Arthur Andersen’s Professional Education Division in St. Charles, IL where she trained trainers, organized and ran training sessions, and generally amused her co-workers with her effervescence. She was there for 6 years, during which time, using her wild passion for coaching, she convinced the company not only to monetarily support her coaching training in its entirety, but also to allow her to run a pilot of twenty clients firm wide. The pilot was a smashing success, but unfortunately, the pilot ended just as the Enron verdict came in and the company disbanded.

What may have seemed a tragic job loss Julie took as a mixed blessing. She was 9 months pregnant with her first child at the time of the mass layoffs. The lack of option to work at Andersen helped make the decision for staying home to mother and coach an easy one. Everything for a reason…

Since then, Julie has coached and taught hundreds of clients on various topics including career transition, entrepreneurship, managing chaos while parenting, and building a home and business when they share a space, and now, parenting.

Julie is also a rather talented resume wordsmith, having tuned-up over 350 resumes. In this economy, it’s best to have a top notch resume and be more than prepared for interviews. Julie still occasionally assists people with just that. See testimonials on LinkedIn.com. Her keen ability for gleaning shimmering nuggets of gold from a client’s story makes her clients’ resumes shine!

In 2011, Julie went back to finish that MA started 17 years prior. She finished in December of 2012 with an MA in Composition and Rhetoric. Her thesis, titled “An Exploration of the Life Coaching Genre System”, explores the importance of writing involved within a coaching relationship. While studying, working, and momming simultaneously, she truly learned the value of having a stellar parenting partner and tag-teaming the job of raising the next generation. Her daughters’ dad is amazing.

In 2016, in an answe to parents’ desire to enjoy every stage a bit more, Julie published Creating Time & Energy: A Valuable Workbook for Scattered Parents. It’s small enough to fit on top of a toilet tank (she suggests in a zipper bag…) so that parents can take a moment to answer some of life’s important questions while they are undisturbed for 2-5 minutes in the john. That work inspired Julie to create a YouTube series called Tools of Life that highlighted life skills taught by her daughters and other young people.

In 2019, after a really rough couple of years in what she dispassionately referred to as “the swamp,” she started the Tools of Life podcast with the encouragement of Kent Jones and Internet radio 21.6 The Net (“Daily Dose of Encouragement”). It debuted with her sharing “7 Lessons Since Choosing JOY.” Much of the content was inspired by a spiritual journey she took while studying with Gabrielle Bernstein, author of “The Universe Has Your Back.”

As 2020 threw many of our plans totally in the air, Julie blended her creative teaching style with her coaching and writing skills and began online tutoring where she served students from ages 10 to 70 all over the US and in Europe. Her students have appreciated her candor, style, and unique methods for increasing their comfort with writing and speaking. Given her coaching background, “adulting readiness” comes into play for many of her students. She helps them prep their application essays, have adult conversations in networking (and other) situations, shine up their interviewing skills, and take job exploration to the next level beyond “the job.”

Julie works from her home in Southern WI where she coaches and tutors parents and teens who desire a break from their “Badge of Busy” in exchange for more joy in every stage of their lives. She enjoys life living on a tree farm with her husband Richard (Rico) and her daughters, Jasmine and Vivian and their Dutch Shepherd, Norman.