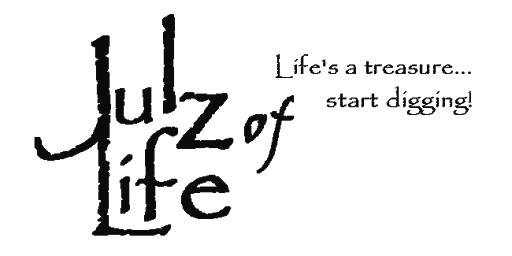 The In-betweens and Non-events

Grief is in the in-betweens and the non-events.

Grief is appearing in so many ways (as well as hiding in wait for some unspoken, unpredictable boiling point.) Parents, kids, teachers, students, adults, and elderly, you see it. You sense it. There are things missing that we can’t get back.

I thought I knew the sources of the biggest grief for my teen daughters and for many of my comrade parents. But no, I was mistaken.

“It’s not the big things… it’s the everyday tiny bits that can’t be recreated any other way. I really miss THAT.”

It was something underneath the canceled events, sports, and ceremonies. For us parents, too, it’s deeper than our “lasts” lost without warning.

“It’s not the big things, Mom” my sophomore whispered when she finally opened up, “it’s the everyday tiny bits that can’t be recreated any other way. I really miss THAT.”

I transported myself to English class in high school for a moment.

I smelled Drakkar and simultaneously whipped my head towards the whiff to determine which of the 3 fellas with that common scent had just entered the room. I would choose nonchalance if I could, but my eyes might lie.

During the lecture, I’d move but one eyebrow in the direction of my like-minded classmate and she’d know that I’d caught the hilarious double meaning of “made out like a bandit.” We’d do our best to show no other facial expression, and fail.

On the way out of class, I’d notice that there were books still on Mary’s desk, left there as she abruptly left class. I’d wonder if she was sick again and wish I had her number. Maybe I could ask her sister in 8th hour.

At lunch, the two girls who rarely said anything at our lunch table (but 100% belonged in our clan) would smile and smirk at what was going on and those contributions would hold weight for them and us.

During field hockey in PE I’d notice from my well-chosen, largely inactive position involving little running and even less chance of a wooden ball to the shin that the little purple flowers were popping up on the field. Why does spring smell so good?

And hey, Tim and Gretchen would make a cute couple. And Whoa… what was that? Did he just brush her shoulder for the third time with a giant grin? I wonder if they know?

In history class, I’d watch as our teacher pretended not to listen too closely to our pre-class banter about drama among friends, and I’d catch his concerned look and feel a strange comfort knowing that he heard and gave a crap.

In the hallway, I’d make a point of saying hello to David and asking how he was doing. He would smile back and then his expression would fall as I caught up with my friends. David was odd. Thinking back, I hope he had friends other than me.

Our ridiculously agape mouths and lost stares would alert our math teacher that no, in fact, that last concept made zero sense to any of us and she’d know to repeat it.

After school, we’d talk with a group of friends, taking in the deliciousness of laughter and chattering over one another. Just as precious, we’d relish the energy of occasional silences with or without knowing glances.

The sensory bits are missing.

And we’re definitely missing them.

I totally understand her ache for them. I ache with her.

The familiar connectedness at the grocery store, my haven for collecting smiles and knowing that even on a bad day I can count on the friendliness of strangers, has been replaced by a palpable suspicion and fear.

I’ve noticed that we spend a lot of time commenting on the dogs’ behavior. It’s fulfilling the need of noticing another being, their presence, their reactions… their vital place in our surroundings.

My eldest daughter is a senior. Although prom, the play, and graduation events are three large losses, she agreed with her sister about the in-betweens and non-events.

She worked her tail off to afford a last semester filled with experiential classes – theater, choir, and a study hall to create art all over the school. These classes are now impossible to recreate online with even 25% of the impact (not due to ANY lack of effort on the part of the instructors). She’s reluctantly and painfully surrendering her expectations.

As her mom, I’m still holding tight to an irrational hope that this school year’s end won’t be some anticlimactic THUD with a mailed diploma and an email with the scholarships, accolades, and attaboys listed alphabetically all in the name of a shrugging public saying, “at least we’re safe!” and “nobody remembers their graduation anyway – better to just film it safely.” But that’s not what it’s about for her.

Sure, she wants a traditional, transitional ceremony, some closure with Pomp and Circumstance and all the energy of “this is it, kid” that goes into it. It’s her turn. But what she aches for most are the conversations that occurred in passing as she went about her day.

The longer chats with favorite teachers who allowed her in their rooms during study hall.

The visual cues picked up in choir as they are directed and follow each other’s leads.

The stops and starts that only happen in real-time learning.

The eyes that noticed her newly installed ceiling tile mural.

The “I’m going to miss you” hugs from her teachers and friends.

I won’t let my senior go uncelebrated, that’s for sure. (We will whip up a whoopin up like has never been whooped.) May she and her classmates be remembered for far more than toilet paper hoarding, masks, and quarantine. My hope is that their unique moments of strength and resilience in the non-events are celebrated.

And I’m grateful for the insight of the lost moments. We are trying to pay attention to the little bits at home, watching others while we’re out and about, and listening harder while online.

Hopefully, we’re picking up on their unspoken needs and untold aches that might just give way to more compassion until we meet again.